My wife and I spent the past week as doctors for an overnight summer camp in the Adirondaks of New York. If you ever get a chance to visit this part of the country, I recommend it highly. The Adirondaks are New York's Alps. Though this trip was not my first to the region, I was once again blown away by its beauty, its charm, and its wilderness; a true jewel only a 3-4 hour drive from New York City.

Being a camp doctor was an interesting experience, to say the least. In many ways, doctoring in the camp environment exemplified many of the reasons why I chose this profession in the first place. For many of us, the art of medicine has been replaced by the assembly and bottom-line apporach that has become modern medicine. As a camp doc, all I had was the art: history, physical exam, judgment, compassion, and a shingle. I felt like Marcus Wellby himself.

During the week, my wife an I saw many campers with a variety of ailments. Lots of campers and staff alike had bug bites. These we treated with Calamine lotion and some antihistamine.

One camper had severe swelling around the eye and another on the hand. We gave these 2 campers some prednisone along with the antihistamine, and they both got better. Lots of kids had foot ailments for some reason. The nursing staff liked to soak everyones' feet in a betadine and peroxide solution.

I sent one child to the emergency room with a a suspected nasal fracture. Actually, the child's father insisted on the ER visit and I just complied with his request. In the ER, the child had a facial x-ray performed which did not show a fracture. Of course, no x-ray can ever truly be negative, so the ER ordered a confirmatory CT scan. Fortunately, the CT was not done, at the father's request, out of the concern of radiation.

I sent 3 other people for diagnostic imaging. Onea 15 year old, was complaining of back pain for 12 days. Though I knew a back x-ray would be negative, I sent him for it anyway. It was negative. Another person, a staff member, hurt her thumb 2 weeks prior and still had pain and decreased mobility. I sent her for a hand x-ray. This was my last day in camp, so I don't know the outcome. The 3rd was a counselor with fevers to 103 and cough. I actually heard rales which prompted me to order a chest x-ray that showed pneumonia.

Not too shabby for a urologist, eh?

The camp had a "health center". The center consisted of a small house with a great front porch. The main room was an evaluation and treatment room plus office combined. We would see the "patients" here, document the encounter on an index card, and if necessary, call the parents. There was a smaller room to the side and this room doubled as the medication dispensary and computer room. Campers who took routine pills--which was about a third of the camp's population--would present themselves to this window and get their daily ritolin or advair or atarol or zoloft.

I found this "medicalizing" of what seems to be a generation sad, to say the least.

The health center had one "isolation room" and an infirmary area with 6 beds; a small hospital really. We used the "isolation room" to house our potentially infectious campers or staff. Influenza struck fear into the hearts of staff and parents. Some camps had severe epidemics of flu this summer and were forced to send home 40 to 50 campers with the illness. The camp where I spent my week did not want this to happen, so contagion control was paramount. I could not help thinking what camp must have been like during polio's reign of terror.

We had 2 patients in the isolation room at various times during my week, both counselors. One was the young man with pneumonia that responded quickly to zithromax. The other patient, a suave British, self-proclaimed male-model-turned-counselor, had a viral upper respiratory infection. He spent five days in the isolation room, though he made many trips to the front porch for some fresh air and conversation. Treated round the clock by a diligent staff of nurses and nursing students, the Brit whose accent rivaled James Bond himself, recovered nicely on a prescription of bed rest, hot meals delivered to his room, movies, wireless internet access, and--though I can't confirm it--a sponge bath from one of the nubile nursing students afore mentioned.

This guy was good. Real good. Ultimately the threat of deportation seemed to clear up his chest congestion just fine.

In the clinic, as we called it, we had only 2 diagnostic tests at our disposal. One was a rapid strep test and the other was a flu test. All other diagnostic testing required scheduling at an outside facility, which was difficult to obtain, and it required that the camper lose valuabe--and expensive--camp time. The funny thing about diagnostic testing is that if you have it available and it is easy to order and perform, you'll use it. If testing is difficult to obtain, you make due without it. We did at least 50 flu tests that week and a similar number of strep tests as well. All were negative. I only sent 5 or so people for outside diagnostic testing, though if an x-ray or CT scanner was more readily available, I'd have probably utilized that technology.

I enjoyed the week, all in all. I found myself smiling inside as I looked into an ear canal or the fundus of an eye. I palpated, auscultated & perscussed. I heard rales, looked for egophany, and, yes, sought after the illusive physical exam finding of whispered pectriloquy. I felt Sir Williams Osler's blood course through my veins. I had fun.
Posted by Richard A Schoor MD FACS at 12:33 PM 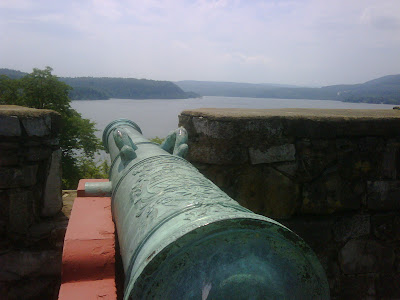 Sent via BlackBerry by AT&T
Posted by Richard A Schoor MD FACS at 11:15 AM

A doctor owns this house! 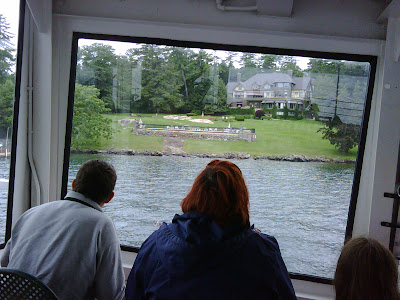 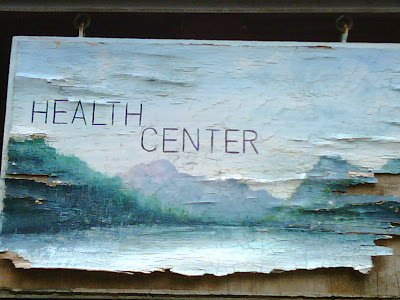 This week, I am camp doc. More to come.

Sent via BlackBerry by AT&T

The start of a long deserved VK 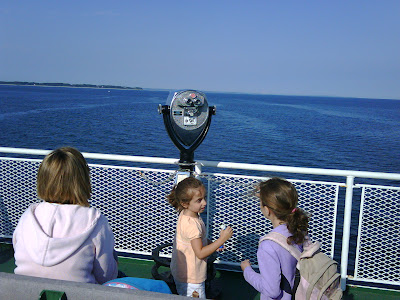 On the Pt Jeff Ferry

Sent via BlackBerry by AT&T

Posted by Richard A Schoor MD FACS at 7:21 AM

It has been a long time indeed, several weeks, since my last post. Here's what I've been doing.
Hopefully I'll get re-inspired to blog.
Posted by Richard A Schoor MD FACS at 5:59 AM

Making use of a slow day in the office 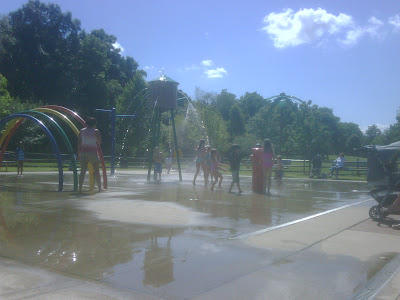 Sent via BlackBerry by AT&T
Posted by Richard A Schoor MD FACS at 2:18 PM