A Lesson From My Father

My dad grew up on the poor side of middle class. My dad and I, during a recent father-son trip to Miami, had hours upon hours to talk and I learned some things about his childhood I never knew.  Bob told me that his dad Morris was stressed all the time.  If you knew my dad well, you knew that he loathed stress and did what ever it took to avoid it or to minimize it.  In any case, Morris, my dad said, worked way too hard for way too little and for someone else, rather than for himself.  When Morris had the chance to strike out on his own, he was too afraid to do it and the opportunity—really the opportunity of a lifetime-- slipped away.  My dad as an adult always felt that Morris had made a life-altering mistake and even in the capacity of a 10 year old at the time, he knew his dad had messed up big time.  Bob learned from Morris’s mistakes and made sure to pass the lesson along to me.

My dad—ever the giver of kind acts--was himself the recipient of kindness at key junctions in his life.  When he was 17 and a freshman at Ohio State University, his friend Eddie Stein gave my dad tuition money.  After college, an influential dentist took a liking to my dad and helped my dad get into dental school, where he ultimately met my mom.   He told us the stories over and over again and reminded us that an individual person’s kindness and actions can have a profound and a lasting positive impact on another’s life.  My dad gave to homeless people, made phone calls on behalf of mere acquaintances, and did his part to help others achieve their goals because he felt such a need to repay the kindness that he had received.  In an era of me, me, me, this was an extraordinary virtue.

5 Ways to Take a Vacation as a Solo-Practice Physician

5 Ways to Take a Vacation as a Solo-Practice Physician
By Sarah A. Parker, Software Advice

There are many challenges that come with being a health care professional. However, there are a number of difficulties that come with running your own practice as a solo practice doctor: namely, managing a healthy work/life balance. For many physicians, the idea of a vacation is hard to imagine. Who will see patients? Who will manage the office?

But taking a vacation while operating your own practice can be done. Here are five ways to ensure that you are able to take a much-needed vacation without incident.

1. Walk Before You Run
If you’re starting a new solo practice, it will take a few years before you have enough breathing room to schedule a big trip. However, this doesn’t mean you can’t take a few days off here and there to keep your sanity (and health) in check. Start small by giving yourself Friday off every other week. Long weekends ensure an extra day of rest and don’t include the risk of losing patients.

2. Call in Reinforcements
You can call in a covering physician to see your patients the whole time you’re out. Or you can use them only in case of an emergency. The point is to leave the office without screening calls the entire vacation. Choose the option that works best for your particular practice, your patients and your personality.

3. Have Boundaries with Patients
If you don’t establish boundaries early on with your patients, you will never be able to fully escape the office. This rule varies depending on your medical speciality, as well as your personality. But be sure to inform your patients ahead of time that you will be out of the office and unavailable. People may have emergencies but you are of value to no one if you don’t allow yourself time away.

4. Plan for the Financial Impact
This can be a tough one but if you plan accordingly, the impact can be minimal. Because solo practice doctors only receive income when a patient is treated, these physicians should ensure that they can handle the financial burden of paying staff and continual practice expenses while on vacation. If you’re not able to foot the bill and take a longer trip at the same time, try taking a few longer weekends without spending much to establish savings necessary to take a longer trip.

5. Unplug Yourself
In 2012, it’s hard to disconnect yourself from the world in any profession. With patients relying on you for their health, this added stress makes it especially difficult for a physician to unplug. However, it’s important to consider your own health, as it will have a direct impact on your ability to help your patients. While on vacation, you should also establish how you can be reached and what responsibilities you will have while out of the office. Set guidelines for both your staff and patients, and emphasize that you should only be contacted in case of an absolute emergency

Posted by Richard A Schoor MD FACS at 1:39 PM 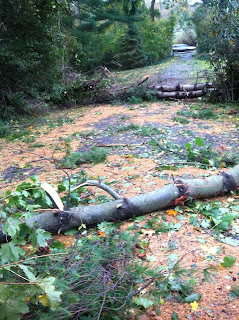 Super-storm Sandy hit the NY metro region 2 weeks ago.   For only a few has life returned to normal.  The area has been very hard hit.  Entire neighborhoods have been decimated by flood.  Other large swaths of residential areas remain without any functioning power grid.  To make matters worse, gas shortages add stress to an already stressed out community.  So what can we learn from this horrible event from the perspective of a small business or medical practice?

Lesson 1: You are only as strong as your community.

A practice's vitality is dependent on the vitality of its community.  You may have the best back-up and disaster recovery plans, but if your community gets destroyed so will your ability to remain viable. This is not to suggest you don't need to focus on data back-up and recovery, redundancy for communications, and proper insurance coverage.  You must have these things, but even with them, your practice is at risk when the community in which it serves is at risk.  I-witness accounts abound that detail businesses that survived intact physically only to lose their customer base.  I have been told of destroyed pediatric and dental practices.  My friend, a chiropractor, has seen a 90% drop in volume to his office.

Lesson 2:  Prepare for both the downturn and the eventual recovery. 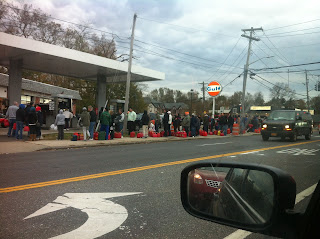 Gas shortages remain, though with odd-even rationing things seem to be improving.  Personally I have had an serious increase in cancelations from patients claiming they don't have enough gas to get here.  I, myself, have curtailed my own driving for the very same reason.  Multiply that by thousands if not millions of people and you get a major economic hit.  For many, there may be no recovery.  So what I learned is to always be able to expand hours to accommodate demand that ultimately will come.  When all the doom and gloom dissipates, I expect a major upswing in patients and I plan to fully accommodate them with evening, early morning, & weekend hours, including sundays if need be.

Lesson 3: Geographically spread out your operations so a natural disaster does not affect everything at once.

Internet connections and VOIP remain down for millions.  Those with cable internet have been affected most, since cable lines tend to follow the power lines and got tangled up in fallen trees and branches.  At my home, I have not yet had cable internet restored.  I do have internet in my office and this returned as soon as the power.  However, most of the tenants in my building were not so lucky.  Cable internet was not restored for another day or so.  Fiber optic lines, which run underground, were never affected.  Since I have both cable and fiber optic (redundancy), I was operational as soon as power was restored.  Had the building had a back-up generator, I would have remained operational throughout the storm.  Of course, how many people need to see a urologist during a 100-year storm?  You'd be surprised.  Even during the height of the storm, I got phone calls.  Since my answering service was based on other part of the country, they were unaffected and continued to serve the practice.

Never skimp on insurance coverage.  In the wake of this storm, one can see the importance of having a broad range of insurance products.  Go through the scenario of what just happened, not just to you but to the region, and see if you are adequately protected.  Do you have flood insurance?  How about data loss insurance?  Business interruption insurance?  Fire?  Office liability insurance?  Talk to your professional.

All in all the storm and its aftermath has shown to me that I live in a very good community.  People have really come together to help each other.  People who can give aid have done so.  A local restaurant let patrons eat even if they did not have cash.  He was serving his people and knew he would get paid eventually. 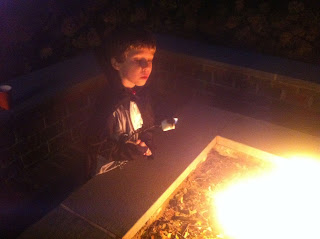 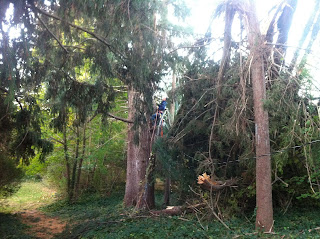 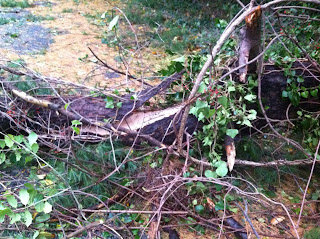