Selection Criteria for an EMR-PM Purchase

I suppose that these criteria--the ones that I used--are as good as any out there.
And then layout the big bucks! 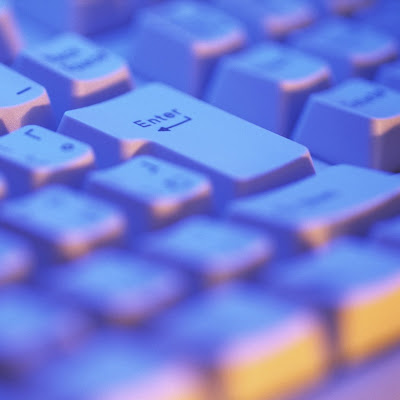 Good EMRs are very expensive. I am about to upgrade my homegrown system into one of these very expensive yet equally powerful programs. In order to justify the expense, I've brainstormed some ways to convert the EMR from a cost center into a profit center. If I were to use the system in the following ways, I think I could actually increase my revenue in the coming years.

1. Increase contact with referring MDs and patient providers.
2. Use the system's data mining capabilities to augment marketing to specific patient groups.
3. Improve my practice's operational efficiency and then market that.
4. Automate time consuming and error prone processes and then free up staff time to market for me.
5. Use the software to more efficiently evaluate practice patterns and then transition into more profitable areas.

I'd love to hear from others about additional ways to make an EMR a profit center.

I had jury duty today. Essentially, it was easy and relaxing and a nice break from my otherwise very hectic schedule. If I was an employee of a big company or a school district or some public job, I'd have even loved to serve on a jury. However, in my case every day out of the office is lost income so I was a bit nervous at the possibility of having to serve on a 3 week trial. Knowing my luck, I'd be sequestered in some motel for 9 weeks.

Fortunately for me, I was excused relatively early in the process.

I first noticed him early in the day. He was in his mid-50's, gray haired, and he seemed very annoyed about having to serve in this way, on this day. For the entire 4 hours we were in the room, he was pacing and mumbling loudly. Apparently, he thought it was "bullshit" that we had to wait past noon only to be excused anyway. At 1:30PM, I overheard him telling some other men about his jury-dodging strategy. One or 2 hours later, I watched him try to pull it off.

And it was awesome!

About 100 of us prospective jurors were called into the court room at 2:30PM. This was a criminal case and present in the court were the judge, the prosecutor, the defense attorney and the accused. The judge thanked us for our time and then had us swear to be honest. Now here is where the angry juror's plan commenced.

"Your honor" he said with a very bold voice. "I do not swear to be honest." He was trembling imperceptibly, but I was so close to him I noticed it.

"Excuse me", the judge said. Then the judge added, "then we can have you affirm the oath." I guess "swearing" might somehow be religious while an affirmation is not and the judge was trying to assuage the man on these grounds.

"No" the angry man persisted "I will not be able to be honest." Then he added, to my utter amazement, "I just wanted to be honest with you, you honor."

My eyes were bulging out of my head: what gall! This guy was something else.

The judge seemed for a moment taken aback, but was not about to lose this argument. "Well then, sir, we just need you to sit with the court officer outside, and after these proceedings are finished, we will talk again. And then he added. "what is your name" and then the judge directed the stenographer to record it into the record.

The angry man was shaking, only now visibly. Seconds later, he as escorted out of the court room by an armed court officer.

10 minutes later, the judge excused about 50 of us for a variety of mundane reasons, no questions asked, and by 3:00PM I strolled past the angry man, who appeared to be in some kind of "jury-jail", and I received my certificate of appreciation and proof of service, and then I left the building.

I wonder what happened to this guy, the angry juror. Obviously he listened to some bad advice.

In any case, if you get called, don't sweat it. It is not painful. It is interesting. And it does make one feel good about our legal system.

And for Christ's sake, just take the oath.

I am not happy either!

I just read this on KevinMD. I thought the cuts were tabled for 18 months. Wrong?

Physician reimbursement. Medicare is soon scheduled to cut physician payments in excess of 20 percent and cash-strapped states are slashing Medicaid reimbursements. At a time when the costs of running a practice are increasing, this blow would cripple many practices. Linking physician pay to patient outcomes, so-called pay for performance, is one often-discussed approach to mitigate the payment cuts. This has been controversial as the reward in payment is not commensurate with the costs of implementing the systems to measure performance.

These are difficult economic times.  People are losing their jobs, their homes. . .everything.  For many others like me, "country club" dreams have vanished and mere survival has become the goal.  In times like this, times that I think are only going to get worse before they get better, every little bit counts.  As a solo physician, here are some things you can do to maximize your chances at surviving through the coming months.

Good luck and let me know if you have any other suggestions.

Some things I've been thinking about.

My mind has been full these days with lots of important decisions that must be made.
Exciting times, indeed.

Posted by Richard A Schoor MD FACS at 9:21 AM

With costs rising for all of us physicians, cost containment has become more important than ever. I've been thinking about how to keep costs super-low without sacrificing services. I've brainstormed some solutions. Here they are:
With this approach, you can function quite well and grow significantly with only one employee, ie a medical assistant. Your costs can be half that of a tradiotional solo doctor's without much sacrifice. If planned correctly and executed well, this approach could work well for even a specialist.

If anyone has tried this approach, let me know.
Posted by Richard A Schoor MD FACS at 11:53 AM